a fake-hacker thing for scaffold: if the player is shifting, it unshifts them on your screen, moves their head to aim at you.
it will appear like they're using a slow scaffold to bypass the server and they'll probably get banned since there aren't any 'fake scaffold' things out there yet.
alternatively, a more challenging to make version is- it will spoof them over a gap, fake-swing their arm, and render fake blocks underneath them. (position spoofing, like Misplace)

Official account of Soulplexis
Script creator, LiquidBounce user, developer of Monix client
If you want to contact me please do that on Discord
https://soulplexisofficial.wixsite.com/commecon 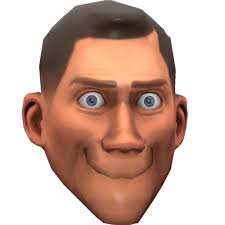 website
@Aftery#5051 on Discord
the amount of people trying to get me to share my scripts smh, i dont have them and i dont play minecraft that much anymore, stop asking me stupid shit

It is virtue Edit. Anyways it looks fake but you never know if someone will believe it xD.

heck yeah that's exactly it man, it would only need a little bit of tweaking like somehow can make the player's head move slightly differently and make the legs walk

Official account of Soulplexis
Script creator, LiquidBounce user, developer of Monix client
If you want to contact me please do that on Discord
https://soulplexisofficial.wixsite.com/commecon

We use cookies to give you the best experience on this board.